Irma is gone, but her effects will be felt for quite some time. This is especially evident in the Keys, and we witnessed this firsthand. The devastation that happened to the keys was unprecedented with over 180 mph winds and a 6 to 12-foot storm surge. Big Pine key was one of the locations that was hit the worst. CloudHesive teamed up with Sixto Packaging to see what we could do to help people affected by the storm.

One of the members of our team had a house on Big Pine that was completely swept away, but instead of worrying about his home, he was more concerned with helping his community, which we all admired. 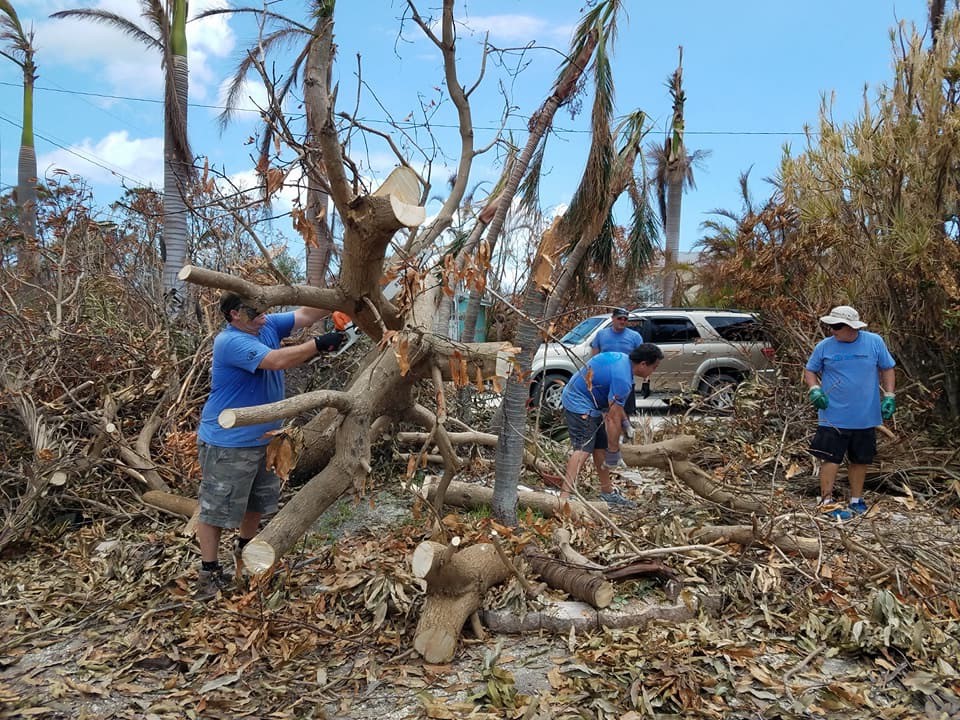 When we arrived at mile marker 31 in Big Pine Key, our goal was to help a friend that had been affected by the storm. As we pulled up to his house, Florida Power and Light was on site installing new electric poles and lines. The storm had snapped a lot of the poles in the neighborhood so there were crews from Georgia and Florida on site trying to get the power back online. Keep in mind, we went down about two weeks after Irma had hit and power was still down.

Since we couldn’t help our friend, we decided to just start helping the locals which allowed us to meet a lot of new friends. These included a handicapped gentleman, a marine and his wife, and an elderly couple that didn’t have the means to clean up their yards.

The homes on Big Pine were hit hardest, and were flooded with over 4 feet of water.  These houses in turn had mold and inches of mud in them. But, sadly, those were the lucky ones; many homes were torn apart and had their contents thrown everywhere.

As you can imagine with this type of destruction, there was debris everywhere. The level of water and lack of power caused appliances, furniture, families, belongings, and memories to be lost. There were several families wearing respiratory masks digging through their homes looking for anything that could be salvaged.  The items that couldn’t be saved were moved to the side of the street.  You could see these piles of peoples lives gradually get larger for the entire drive down to Big Pine Key. 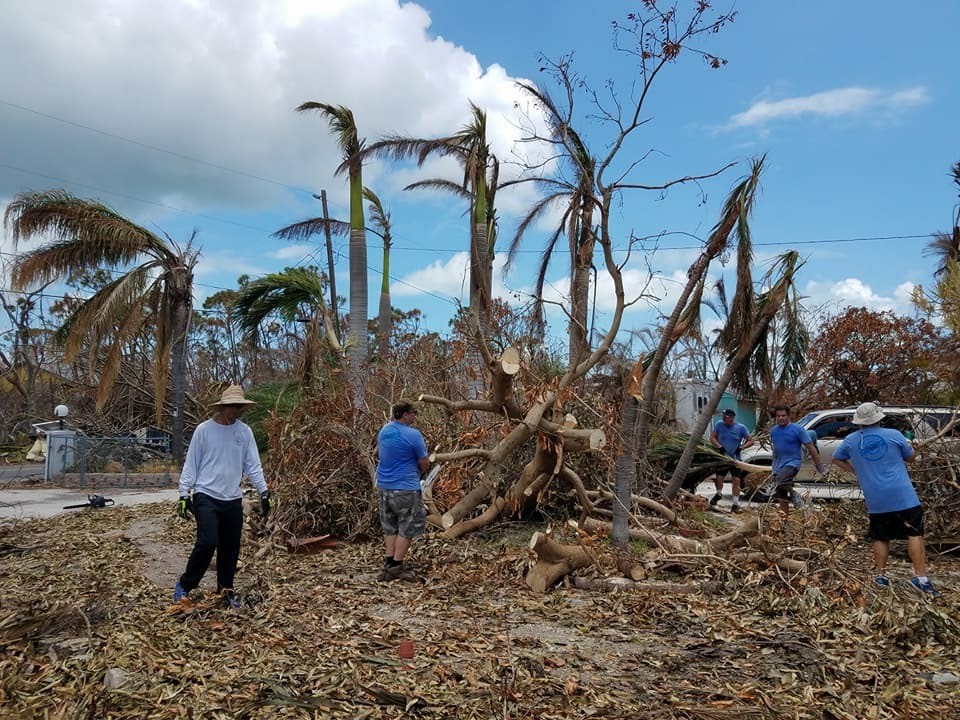 As we helped remove trees and other debris from roads and houses, we met teams from other organizations that had volunteered to help the residents as well, one of which was a church group that had over fifty people helping the residents of Big Pine.

We also saw the disaster response teams from the Red Cross, Army Corps of Engineers, and FEMA in the area. The response from the government appeared to have been extremely swift and timely. There was even a BBQ company that set up a free food stand in the parking lot of the local Winn Dixie. It was great seeing everyone trying to help as much as possible even though we kept remarking on how what we were doing wasn’t enough.

We really didn’t know what to expect when we went down to help, and seeing the destruction was really eye opening. The power of Irma was immense.  There were boats that were hundreds of yards in land sitting in random spots in people’s yards or on top of power poles. The canals were also filled with debris.  Getting this area back to normal will take quite some time. 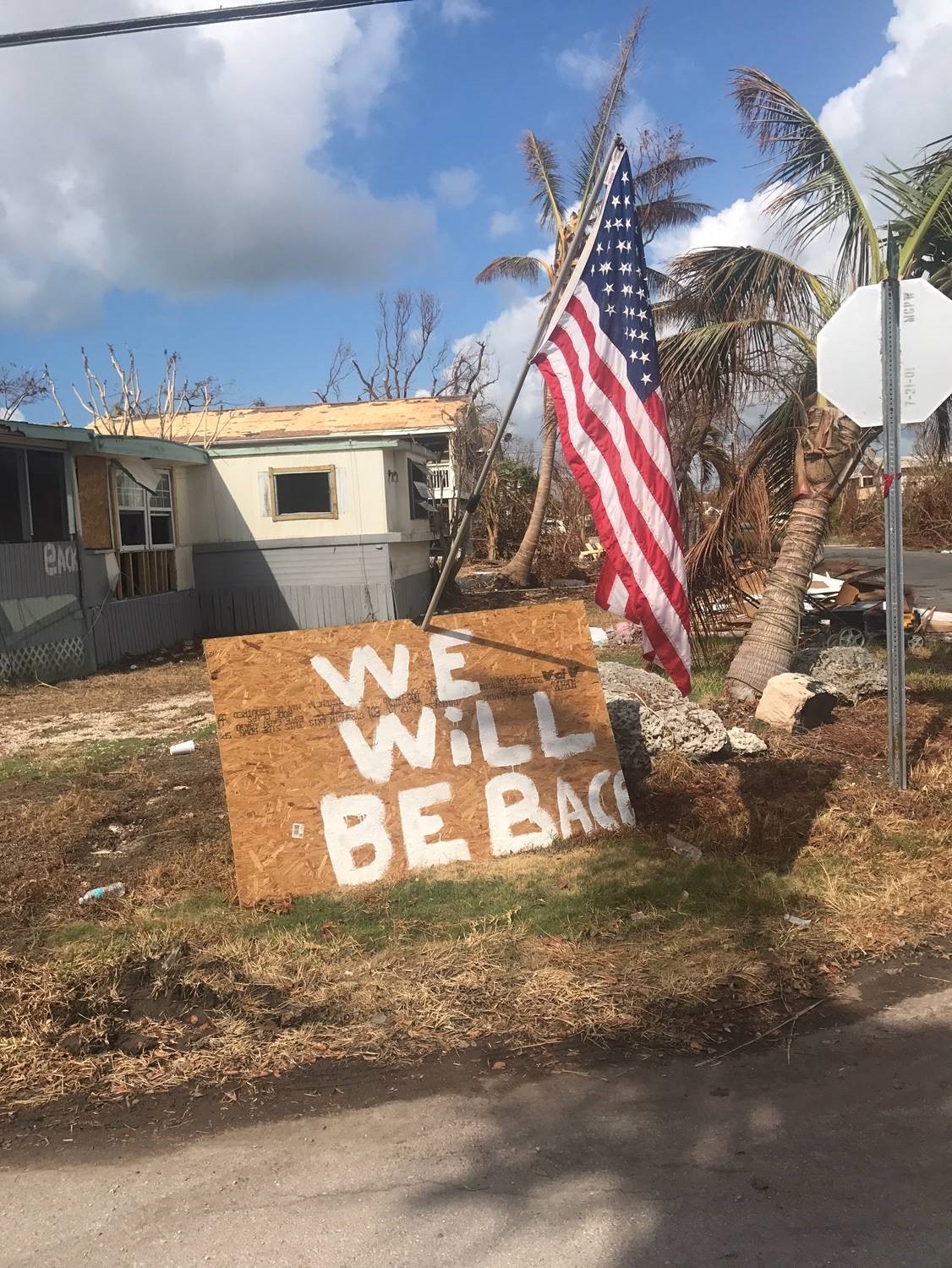 There is obviously a lot more that needs to be done, and we will hopefully be able to head back down in the upcoming weeks. In this time of need and with the issues happening in the world, I think we all need to take a step back from our lives to think about others, have a level of humility, empathy, and constantly look to give someone a helping hand back on their feet.

We all need to put ourselves in other’s shoes in these situations and in our daily lives. I constantly question myself in these situations as well as daily life … ‘Wow what would I do in this situation, how would I support or protect my family, or is this person cutting me off on purpose and should I really get mad about a simple email that was sent to me?’ I try to err on the side of being optimistic, empathetic, and look to offer a hand instead of a fist.

During this trip, I was constantly putting myself in the shoes of these people, some of whom will need to rebuild their homes, whereas others may end up homeless. I’m thankful we could help a small amount but there is more that needs to be done.  If you are interested in joining us in the future, please email us at [email protected] and we will follow up before our next trip.